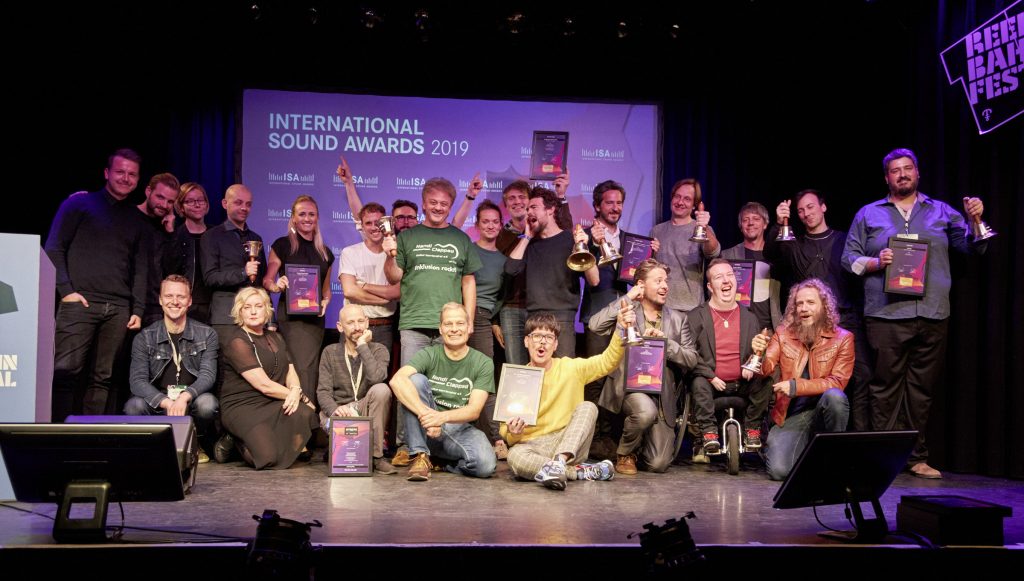 „Make The World Sound Better!“ is the motto under which an international expert jury awards the best projects, products and services from the areas of sound and music technology in various categories.

On September 19th, the Award Show of the International Sound Awards 2019 took place at “Schmidtchen” in Hamburg where the winners were announced. 31 works from 11 countries were on the shortlist, 10 of which were awarded with the trophy ISAbell. The winners come from Costa Rica, Germany, Finland, Israel, Sweden, Switzerland, UK, and the U.S.. Two outstanding works from Finland and Germany were honored with a „Grand Prix”. Steve Blame and Sara Kelly-Husain led through the evening.

Prof. Dr. Karlheinz Brandenburg, co-inventor of the mp3 format, spoke in his keynote „Music / Sound / Noises: Developments in Audio“ about the interaction of the latest technology and innovative audio applications, referring particularly to examples from AI and Virtual Reality.

Gad Hinkis, music technologist, music producer and the inventor of multiplayer music app JAMBL, performed impressively with the app and showed how it can be used for collective music making.

Next to the Award Show, selected nominees presented their projects to a wider audience in more detail at the ISA2019 Sessions on September 18th.

The International Sound Awards were held again in cooperation with the Reeperbahn Festival, one of the most important meeting places for the music industry worldwide and Europe’s largest club festival.