We are very pleased to announce Chris Hegstrom from Amazon as another member of the International Sound Awards 2019 jury. 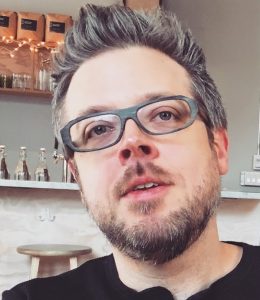 Chris has been creating audio for user experience and interactive media for over 20 years. After studying Music Synthesis at Berklee College of Music, he began his career by doing live sound for Blue Man Group. He then moved into web audio which led to over a decade of designing sound for video games, including franchises such as Lord of the Rings, Star Wars, Burnout, and God of War. In 2012, he made the transition into product sound with Microsoft HoloLens. At HoloLens, he designed UX sound, sonic branding, and 3D audio. With this experience, he started his own company, Symmetry Audio, in 2015. As Symmetry Audio, he’s designed VR audio for Unity, HBO, and Technicolor, as well as creating UX sound for Google. Lastly, in 2017, he joined Amazon as Senior UX Sound Designer, where he now works on the audio identity of Alexa, Fire TV, and Fire OS.