The New Children’s Hospital in Helsinki is the largest children’s clinic in Finland. The hospital won the 2018 Finlandia Prize for Architecture shortly after it was taken into use. The soundscape of the Hospital was designed and implemented by Sound in New Media, Master of Arts, students from Aalto University’s Media Lab under Antti Ikonen’s instruction and supervision. He also participated in collecting and crafting the sounds which are now heard in selected areas of the building.

The soundscape is generative and the 60-channel IP-audio sound system covers all floors and elevators of the building. The sounds are designed according to the visual themes of the floors, from underwater to space and stars, aiming at a soothing experience which also makes the hospital feel friendly for the children. The project is ongoing and the soundscape will be developed and fine-tuned utilising feedback from both visitors and employees of the hospital. 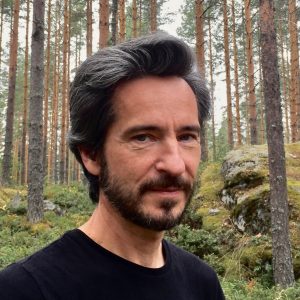 Antti Ikonen’s background is in the practice of music and sound design. He is especially interested in public soundscapes and the impact of digitalisation in them. As composer his focus is in the materiality and gestures of music and sound. Antti has worked in wide range of projects, productions and companies since early 1980’s, and also played keyboards in several rock, pop and experimental bands, e.g. Cartes Art Machine and Stratovarius. Antti has been teaching music technology, sound design, composition and history of music from early 1990’s onwards in several schools and universities. Since 2001 he has been working as a university lecturer of sound design and music, being in charge of Sound in New Media Master’s studies in Media Lab Helsinki, Aalto University, where he is also a member of SOPI (Sound and Physical Interaction) research group. Antti has been awarded by the student union as Teacher of the Year in the School of Art and Design in 2004 and 2010.