Mixing 3D audio in VR with dearVR SPATIAL CONNECT equips sound creators with a revolutionary new workflow for truly immersive audio production. 3D audio is a decisive factor experiencing 360° video, VR and AR. Without 3D audio there is no real immersion and the emotional experience of the user will be limited. dearVR SPATIAL CONNECT enables sound engineers, sound designers, broadcasters and musicians to easily create 3D audio content by controlling and visualizing a mixing session from a DAW directly in VR. Fused with the advanced spatialization of the dearVR PRO 3D audio engine, SPATIAL CONNECT combines ultra-realistic room virtualization with the power to instantly check and optimize a mix the same way as it will be perceived in the final medium by the user.

Achim Fell, CEO and co-founder of Dear Reality, showcases how mixing in VR with dearVR SPATIAL CONNECT and other dearVR tools can be used for immersive audio production. Since 2019, Dear Reality is part of the Sennheiser group. Both companies share the same enthusiasm for the future of audio and will continue on developing tools for audio creatives. 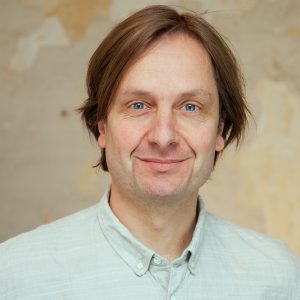 Achim has a degree in Communication Engineering as well as an M.A. in Game Development and Research. He is a serial entrepreneur for more than 20 years, having worked as a sound engineer in different fields of audio production for film, radio, television and music production. Achim intensively worked on interactive audio applications and created “39”, a mobile audio game using binaural 3D audio released by the WDR, Cologne.