CyMagic – how we used science to make music accessible

How well do you know sound? Do you know it really well?
Delve in the world of sound and acoustics with Cymatics, the science of visualizing audio frequencies. CyMagic from Israel has created cymatics based art installations in order to demonstrate the power that sound has on matter. In the time we spent researching and building the elements of the project, we had been involved in and exposed to fascinating studies that can warp the way we see the world around us.
This session will get into the basics of cymatics, the history of the field, current studies and possible consequences of this effect. We will also talk about CyMagic, the art project that started it all and how it turned into an inclusive musical experience for children of all ages. 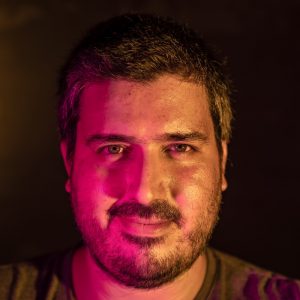 Mordechai Braunstein started Healing Music Israel, a music event company, in 2009; kicking it off with the Healing Music Festival. Over the next decade, Healing Music has created musical events for thousands of people, always focusing on the alternative, the new, the different. As part of an ongoing study of what gives sound it’s incredible power, more and more fringe events were created, infusing science into the artistic and the musical.
A serial entrepreneur, Mordechai has started a digital ad agency and an international conference on sound therapy. As part of his research into what makes sound work, he discovered the world of cymatics and out of which he created CyMAGIC. In 2018, Mordechai put on a show in collaboration with the Israeli Chamber Orchestra in which his art serves as a means of access for hearing-impaired children. The show “Touching the Sounds with Beethoven” won the Israel Accessibility Award for 2018.