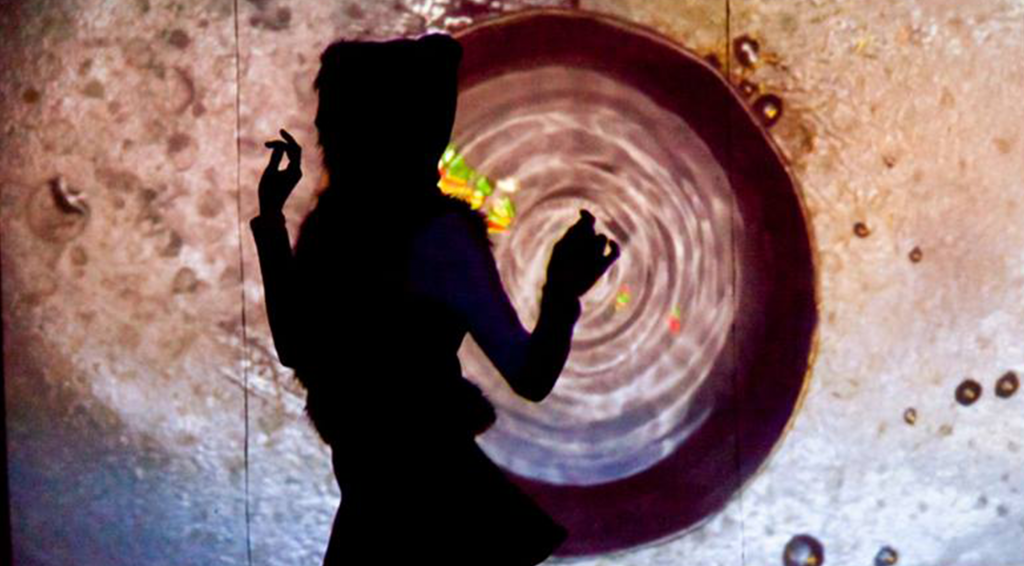 CyMagic is a science based sound installation. We use the natural vibration of sounds in order to create visual and tactile experiences. Our tactile music experiences are being used in service of the deaf community in Israel, allowing deaf children enjoy musical experiences in a way that speaks to their usual experiences of the hearing world.

When we first went out to create CyMagic we were enchanted by the magical world of Cymatics. This field of study, straight out of physics 101 textbooks is a study in making frequencies and sounds visible by transferring their vibration into different materials. We started working on building our own cymatic machines, crafting ways that we can reproduce the experiments we read about in our home garage.

We used old speakers, power amps and frequency generators. Our first project was a Chladni plate where a metal plate is attached to a speaker and sand or salt is sprinkled on the plate. The frequencies emanating from the speakers vibrates the plate and the sand spills from places with high vibration to places with no vibration. Symmetrical patterns emerge. We started working on recreating that experiment in water, using more old speakers, and adding cameras, lights and stabilizers.

We had our first breakthrough in 2015, when the prototype we’ve been working on managed to show very intricate and geometrical patterns, that’s when we knew CyMagic was ready to be presented to the world. We had spent most of 2015-2016 taking our installation around Israel, appearing mostly as an interactive display, allowing people to play with their own sounds, and seeing and feeling the results for themselves.

It was then that we first realized that this vibration experience can substitute musical experiences for people. Watching people interacting with the vibrating water of our tactile music box had sparked in us the desire to allow less fortunate people than us to “feel the music” as we put it. In the second half of 2016 we had banged on many doors, looking for a partner who would let us try use our installation to translate their music.

Eventually we hit on the right door with the Israeli Chamber Music Orchestra. We had joined forces and created the award winning musical show – “Touching the Sounds with Beethoven”. The show was created especially for deaf and hard of hearing children, utilizing every known accessibility tool as well as the then experimental Tactile Music boxes we’ve created, our CyMagic Microscope and a Chladni Plate (vibrating metal plate used to demonstrate Faraday waves) we created especially for the show.

The show was very well accepted, receiving critical acclaim, national media coverage and the “Access Israel” award. The prize awards projects which contribute to the promotion of accessibility in Israel, the improvement of the quality of life and the inclusion of people with disabilities into society.

Since we saw the appreciation in both children and parents’ eyes, we decided to try to reach all the out of the way places – the schools and institutions where there was limited or no access to cultural centers. We have toured with CyMagic and live musicians in many locations around Israel and Palestine, visiting children with disabilities and different special needs and brought the magic of live music to where they are.