Djingo is the voice assistant of Orange. Close and human, its expressiveness embodies the personality of the brand. The sound design within the eXperience Design Lab of Orange, has decided to associate with the voice of synthesis, all possible forms of interjections to express, according to the definition, a response tinged with human emotion. 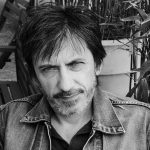 It was in 1999 that Pascal Taillard graduated as designer, multimedia director, with a particular interest for sounds, at Les Gobelins school in Paris. He becomes project manager in a communication agency and makes CD-ROMs – digital disks – for the well-known international organization “La Francophonie” as part of the promotion of French-speaking museums around the world such as the Boubou-Hama National Museum in Niamey and the Archaeological and Ethnological National Museum of Bamako. In 2000, he joined the company France Telecom in the multimedia and services division; within Wanadoo Portals. In addition to this, he takes part in the development of the new redesign of the web portal and participates in the main events of both the Wanadoo.fr and Voila.fr websites. A couple of years later – Pascal joined Orange where he works in different fields; multimedia applications & Richmedia for 3G / Edge mobile networks, graphic interfaces and ergonomics: Personal radios, Videos / LiveTV … He participates in the design of the Orange World Mobile portal, develops the generic multi-service charter (OML and multi publication), the vocal and sound charter, mainly designing the musical, vocal aspects and layouts of Orange vocal services. 2005 is an exciting year where Pascal joined Explocentre, the Orange Group’s innovation division, and creates the Sound Design department. In 2010, he joined the Design and Usability division (D & U) within the Orange Labs label of the Technocentre where he defines the principles and fundamentals to the Orange brand’s sonification as part of the Orange User Interface program. Today, he leads the sound design entity at XDLab (eXperience Design Lab), which is the brand new integrated design and research center of the Orange group. XDLab brings together the social sciences and Design in the service of innovation and brand identity. 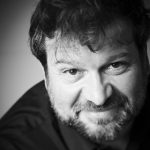 David Carvalho first studied engineering at ESME sudria Paris in 1991 and he spent 4 years at Strate college and about 1 year working for the French Ministry of Defense(national service) working with communication departments. David got his Design Management Degree in 1999 and also received Honors from the French Ministry of Defense (Médaille du mérite). In 1998, before graduating, David was hired by Philips Design in Le Mans as a Junior designer in consumer communication devices such as mobile, corded and cordless telephones. He also participated to design ideation phases in Eindhoven, which raised him very quickly within the design organization. In 1999, Philips Design asked David Carvalho to move from Le Mans studio to Sunnyvale CA to provide design services and support to Philips Medical System and ATL company. David started as a Senior Designer. He worked on various products: Scanner, ultrasound machines and various monitoring devices… In 2000, after 8 months in the bay area, David was asked to come back to mobile communication support to build new concepts around enhanced interfaces like carousel icons menu principle with XENIUM (Red DOT award winner) product but also other merging smart phones products range. Interaction design started to be strategic in year 2000 with constant growing number of functions, services for mobility development but also the electronic components performance progress. In May 2000, David Carvalho was so enthusiast about this new revolution that he decided to create his own company with 3 partners: 3E Oeil studio was born and labeled as the first cybernetic studio. His company have been acquired by Dassault Systemes in year 2010. He became Design Director working with Anne Asensio to establish a design experience strategy within 3DS. The 3DS design studio becomes in year 2011 a business unit delivering innovation consultancy by Design. Beside that David still produces videos with his NYC company “la french productions”. Since May 2016, David took a new position at Orange as Vision and Design director in the context of a company transformation. Culture of innovation is key and Design practice can help the brand, research and agile project teams to embrace complexity and todays new challenges for a better world that preserve our planet.