We are very pleased to have Bernhard Bahners in the jury of the International Sound Awards 2017. 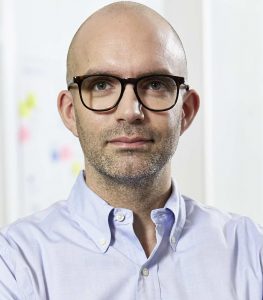 Bernhard Bahners is the CEO of the radio.de GmbH and deputy chairman of the Focus Group Audio inside the BVDW. Radio.de GmbH is responsible for the international platform radio.net, as well as for ten additional national platforms in Europe. After the successful launch of radio.de in 2007, the Europe-wide expansion began one year later, continuing outside of Europe in 2015 through the launch of the international platform radio.net. Bernhard Bahners is part of the startup’s founding team, and as one of the few managers of this young industry, he links the traditional radio stations to the online radio market through his network. Alongside his studies in Economy at the universities of Berlin and Hamburg, he has engaged himself in various companies such as ECC KohtesKlewes (PLEON) and Beiersdorf AG/tesa AG. At the end of 2006 he transferred from the ad agency Scholz & Friends to the then Madsack MediaLab, in order to develop the project radio.de.