Weav Music, a music tech startup, released the running music app Weav Run. This app seamlessly adapts a song’s tempo from 100-240 BPM to match a runner’s steps in real time – without losing the integrity of the song. Running in sync with music helps athletes of all levels run faster and farther, and it can also help prevent injury by improving form. 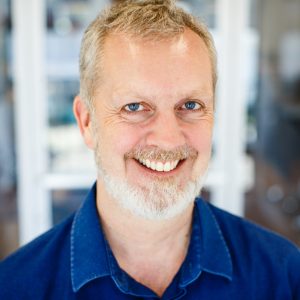 Originally from Denmark, Lars Rasmussen is the co-founder and CTO of Weav Music in New York City. Lars holds a PhD in theoretical computer science from UC Berkeley, and was most recently a director of engineering for Facebook. In 2004, Lars and his brother Jens sold their mapping startup Where 2 Tech to Google. Lars became the lead engineer on the team that created Google Maps and worked out of Google’s Sydney-based office until joining Facebook in late 2010. Lars has probably the world’s least developed sense of direction and consistently types faster than he can spell. In his copious spare time, he enjoys advising early-stage startups, and coffee.