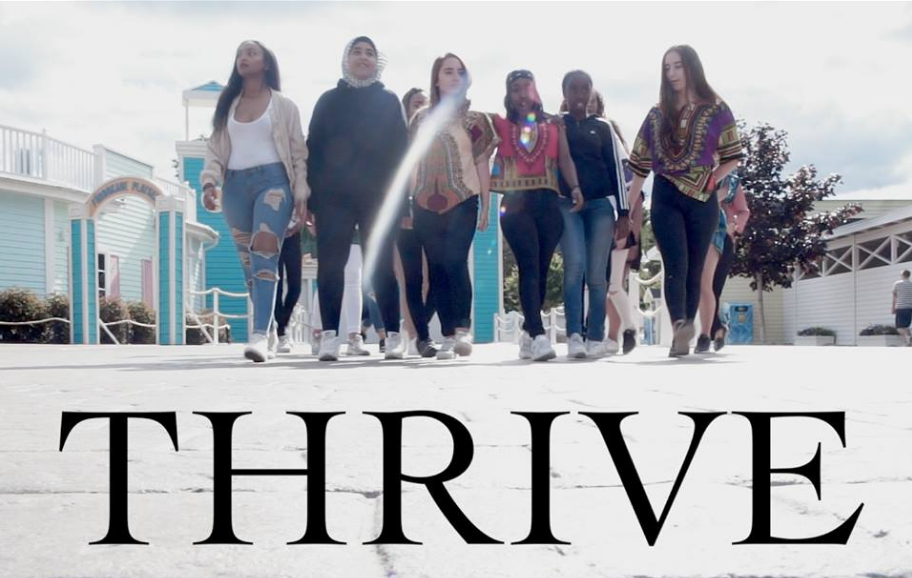 “The girls don’t want to be involved”. That’s how it often sounds from decision-makers and project managers in youth and integration projects! Our idea was to show that girls wants to be involved. The goal: a music video in less than three weeks. This is their voice, their words and their history.

“The girls don’t want to be involved”, “The girls are so difficult”. That’s how it often sounds from decision makers and project managers in youth and integration projects! Thrive is a project created to show that girls want to be involved, that they can be involved and that they are awesome. The goal was to make a music video and in less than three weeks, 25 young girls with a background from 17 different countries had registered.

During three summer weeks 2017, we created the music video Thrive. The girls themselves participated in writing the song, singing, choreography, dancing and planning the film recording. In the debate, decision-makers often talk about young girls but rarely hear the girls’ own voice, their story or view of what is being discussed about them. This is their voice, their words and their history.

The music video and the music itself became successful. It has been played in Swedish radio, as a pre-film on outdoor cinema in Sweden and on SXSW in Austin, Texas, USA. This year, a new edition of the project will be arranged.