The Sound of VP Bank 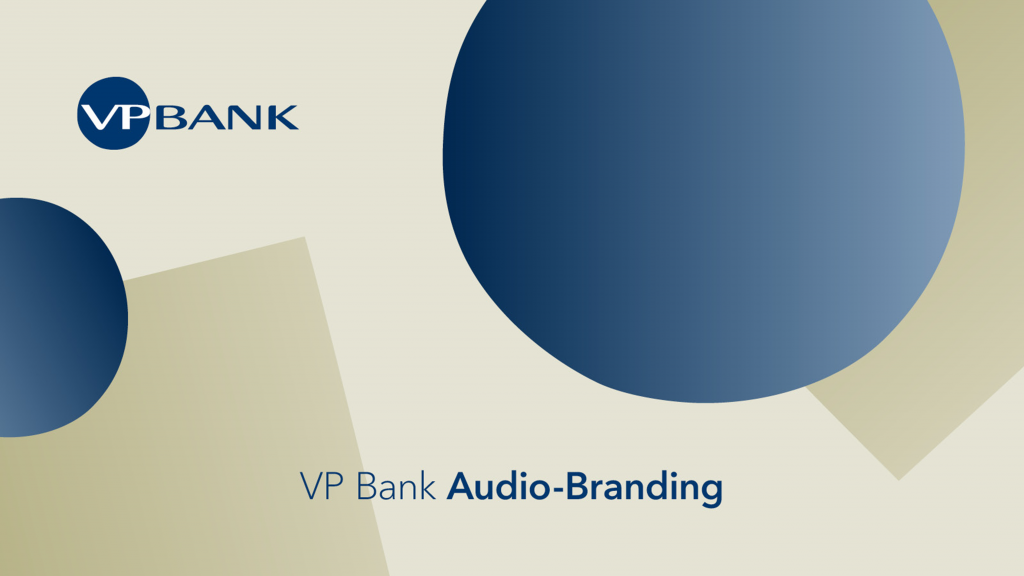 The internationally operating private bank “VP Bank” wants to make its brand and its ambitions more emotionally tangible. To this end, Department of Noise has developed a multi-faceted sound identity that is unique in the industry environment.

«faster, easier and more digital» – that is what VP Bank wants to become. To make these ambitions more emotionally tangible and to provide additional support to the brand claim “Safely ahead”, Department of Noise was asked to develop a strategic sound identity.Furthermore, the task was to make the brand ready for future audio-only touchpoints.

VP Bank Group is an international private bank. It focuses on asset management and investment advice to financial intermediaries and individuals. In addition to its headquarters in Liechtenstein, VP Bank Group operates in Switzerland, Luxembourg, Singapore, Hong Kong and the BVI’s.
The “VP Bank” brand is characterized by a strong, ambitious attitude, which is geared towards a “premium” affine target group. Confident, crystal clear in its positioning (design mission statement “Clarity”), with high standards and clear differentiation in the rather conservative private banking environment.

Together with the bank’s brand department, the strategic ambitions of sound were identified. At the core of VP Bank’s sound identity are the two fields of action “clarity” and “future-driven”, the latter acts as a general engine for digital solutions. The other two central attributes are “Confidence” and “Twist”. «Confidence» in the sense of: Courageous with character, “Twist” in the sense of: Surprising, unexpected. These four attributes as well as the findings derived from them act as the basis of the sound strategy of VP Bank. Along with the results of the brand analysis formed the basis for the sound moodboard, with the help of which the parameters for the creative briefing were set.

The musical translation gathered from several layout ideas provided the template for the Sound-DNA (a central piece of music, which contains all the audible ingredients of the sound identity) developed from it. Through the distinctive use of a wide variety of electronic sound generators and self-built sample instruments, a sound world has been created that conveys the desired emotionality and energy. One of the challenges that was faced was to sound “modern” – but not “trendy”. To ensure the flexibility of the sound, the Sound-DNA was repeatedly challenged during development and tested in a variety of contexts. To cover the multi-faceted needs of audiences and applications, three “Video Scores” (Musical tracks intend for multimedia use) have been created. They all differ in tempo, mood and instrumentation, with great care being taken to ensure that “The Sound of VP Bank” is consistently felt.

Several other Sound Assets were produced: an audio logo, a telephone Service line / on-hold music, an event soundkit, sounds for motion toolkit (for video communication), a VP Bank playlist (24/7 stream) and ux- sounds for their apps. A brand sound movie documenting and strengthening the emotional bond as well as a paper with guidance for the use of library music for videos were also created. «The Sound of VP Bank» was launched in March 2019.