The Sound of The Holocaust Galleries 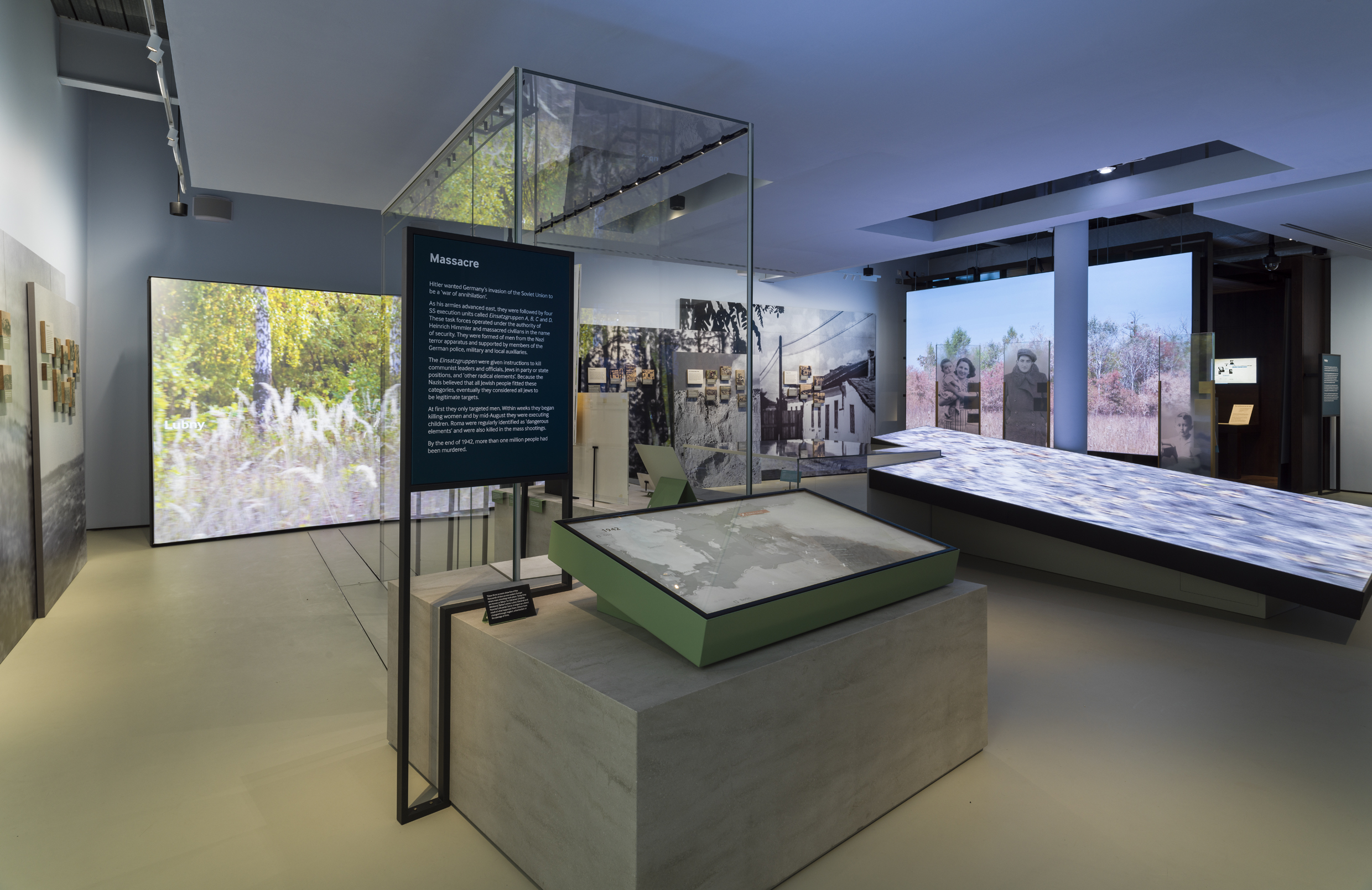 The Holocaust Galleries are a permanent exhibition at The Imperial War Museum London, which opened in 2021. We created an extensive sound concept and composed dedicated soundscapes for each exhibition area. In doing so, our goal was to create an atmosphere in which visitors were empowered to interact with the exhibition via their emotions.

The Holocaust will soon pass out of living memory, leaving us without the first-hand testimony of veterans, eyewitnesses and survivors. The Holocaust Galleries at Imperial War Museum London ensure the world never forgets what they experienced.They show that it is not industrial systems and procedures that killed people but men and women participating in brutal and ruthless face-to-face killing. Most importantly, they ask visitors to reflect on how this has changed the way we think about ourselves and what we’re capable of. Six million people were not murdered in the dark, but in the middle of European society.

After being chosen to join the project as sound scenographers from its very early stages, we soon realized that this was going to be our most challenging project to date. Given the magnitude and severity of the subject matter, it seemed impossible to do it justice. And given its delicate nature, we had to approach developing the sound scenography for this exhibition differently than we did for any exhibition in the past.

The project team around curator James Bulgin and the exhibition designers of Casson Mann weren’t interested in creating “yet another” exhibition about the Holocaust. This was evident in their concept and their bold design choices. The Holocaust Galleries are bright spaces with vivid colours, quite literally shining a much needed light on the horrors of the Holocaust. They use contemporary footage of sites across Europe bearing traces of the Holocaust to help visitors understand that these things happened in our world.

Having been commissioned to create an all-encompassing sound scenography for the exhibition, our central task was to create a sensitive and responsible sound design in relation to the traumatic content. We started off with an in-depth study of the subject matter, which only made us realize how limited our knowledge had previously been. In an extensive exchange with the project team, we then created a detailed sound concept, in which both the overall auditive language of the exhibition as well as the concept for each individual soundscape were defined. Finally, we composed and mixed the soundscapes in various spatial formats.

One of the great strengths of sound in an exhibition context is that it can breathe life into historical topics, which can otherwise seem rather abstract and distant. Historical events, the people involved in them, and their personal fates can be conveyed more directly through sound and thus become more tangible. With a delicate subject such as the Holocaust, however, this goes hand in hand with a great responsibility for us sound scenographers. We wanted to accept this responsibility while pushing the boundaries of sound as a design medium for exhibitions.