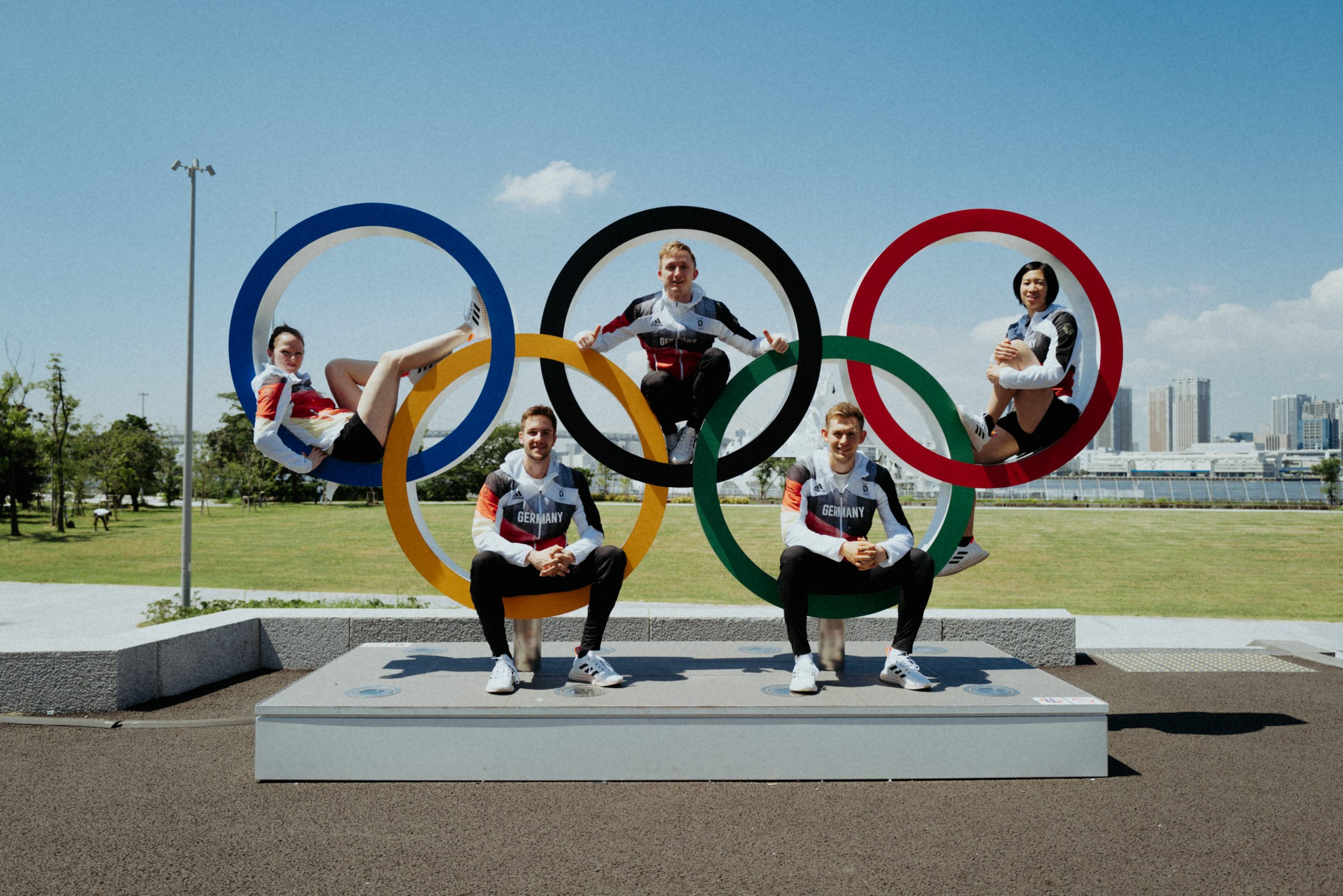 For Team Deutschland, the young brand of the German Olympic Sports Confederation, we developed a brand sound that completes and emotionalizes the brand communication in all applications. At home on their screens, fans experience a brand that comes alive with all their senses and knows how to play on digital channels in a creative and flexible way.

Team Deutschland (Team D) is the brand of the German Olympic Sports Confederation (DOSB), under which the Olympic participants have been appearing together since 2018. The brand embodies the diversity of sports and athletes like no other in Germany. At the same time, it offers them a unifying identity and a common umbrella.

THE WAY TO THE TEAM D SOUND IDENTITY
In a sound workshop with Team D brand managers and athletes from various sports, the significance of the German national anthem became clear: it symbolizes the goal of all Olympic participants: to reach the podium and possibly hold the gold medal in their hands.

The anthem begins with the words “Ei-nig-keit und…” (unity and…) – a direct analogy to the brand essence “team”. The corresponding tone sequence is the leitmotif for all musical adaptations of Team D.

Together with the musically translated brand values of passion, fairness, open-mindedness and diversity, the sound identity of Team Germany is created. This can also be heard in the sound logo, a rhythmic and dynamic interpretation of the leitmotif.

The large-scale activation at the 2021 Olympic Games in Tokyo achieved almost 140 million social media contacts. On Instagram and TikTok, the company succeeded in creating an authentic interaction with the young, very sound-savvy target group. Record numbers for Team D – and the brand sound was always included.

Further Team D marketing activities like acoustic co-branding with sponsors, collaborations with singer-songwriters and much more are conceivable on the basis of the jointly developed sound system, and some of them are already being considered. Also new since 2022: The adaptations of the Team D music library are decorated with ornamentations from the musical culture of the host city. These ornamentations were already used at the Olympic Games in Beijing 2022 and gave the music tracks their very own touch. So, the music is another factor to look forward to at future Olympic Games, like for example in Paris 2024, Milan/Cortina 2026 and LA 2028.