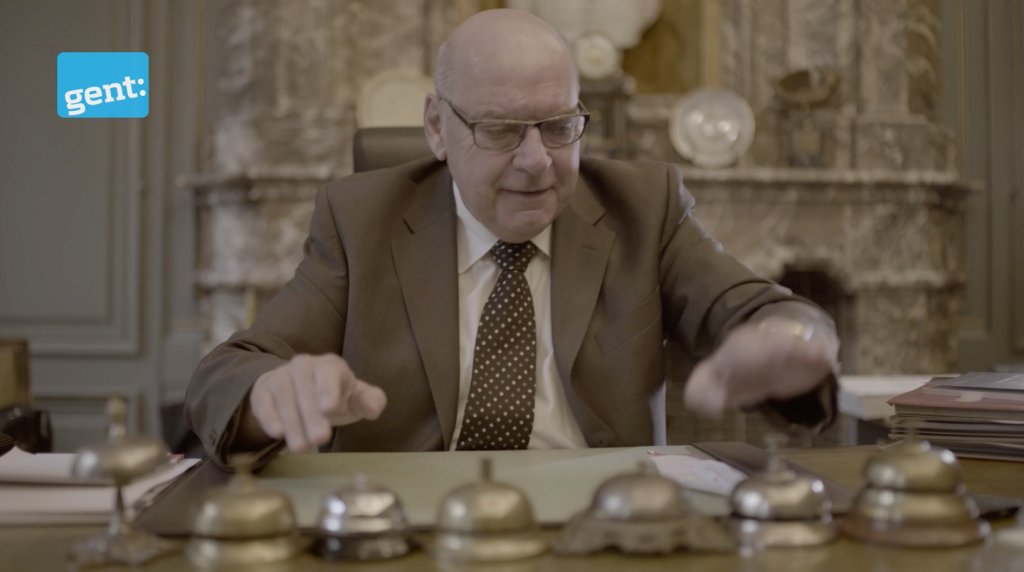 For the city of Ghent, being ‘Unesco Creative City Of Music’, Sonhouse was asked to analyse, develop and compose a full sound strategy in line with their existing urban brand ID. As the very first city in Belgium, they now carry their visual self as a flag and their sonic identity as a pocket-sized metropolitan anthem: Sounds Like Ghent.

Starting from the fact that Ghent has been awarded the title of ‘Unesco Creative City Of Music’ the town councils and their assistents quickly understood the power of an urban sound strategy for their City.

Sonhouse studied and analysed Ghent as a brand, their previous use of music/sound/voice as well as the other big cities in Belgium. Turns out Ghent would be Belgium’s first to implement a full package sonic identity. What a scoop!

When our homework was done, Sonhouse set up the Sonic Branding Workshop in which we repeat and lock the brand’s core values, listen to a lot of existing sound logo’s, humanize the brand, try out different marketing models and finalize with an exercise on the different structural features of music and their associated emotions. This took about 2,5 hours after which Sonhouse writes up the conclusions. The city councils gave us a green light and we started contacting the right musicians for the job.

So what should Ghent sound like? Ghent is a pocket-sized metropolis: open, authentic, inventive and headstrong/stubborn contrarion at the same time. Ghent is carried by its inhabitants and in all its diversity, the city functions from the inside outwards as a non-stop work in progress. The city had to sound slightly raw, sober and ‘wijs’ (a Ghentian word for ‘kind of cool’). We had to stay away from the typically cosy and homy vibes.

That’s why we ended up with an auditory walk through the city: a powerful, indie composition supported by a slightly rebellious rhythm, a raw but optimistic and straight-forward melody and even real city ambience (including tram, city hall, cobblestones, etc.). Sounds like Gent. What else? A Turkish ‘Oud’, claves, vibraphone & glockenspiels coming from an 80’s Casio, electric guitar solo, …

Everything the city represents was captured in a few notes. Lead by the electric guitar, this sound logo makes for a strong, memorable, timeless and authentic tune. An effective sound signature extracted from the brandscore’s suited melody.

After a Soundcheck in which we presented the complete city council with 3 musical concepts, the winner was clear. Sonhouse conducted the final recording and mix and then we were off to the final boss and decision maker: the mayor. An enthousiastic nod and approving tap on our shoulders and that’s it: Ghent now has a musical strategy, its very own Sonic Branding Package, consisting of: