The European Society of Cardiology’s new audio identity is inspired by the sound of a human heartbeat and includes five event sounds. After its 2018 congress – which attracted over 30,000 attendees – ESC praised the sound’s ability to “bring the congress together” and for its “fantastic” ability to resonate with the cardiologists. 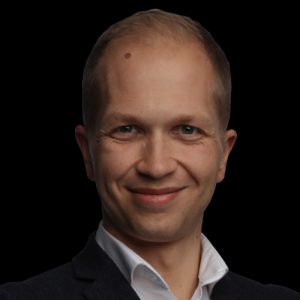 Jonny has worked in audio branding for the past seven years. After working as Head of Audio for Pearl DME, Jonny joined The Sound Agency in 2016 and currently manages the agency and its key clients around the world, from the US and Europe to the UAE. Jonny previously worked as a music composer. His work has been used by TV shows such as Supergirl, Limitless and NCIS, and he has scored and provided sound design for several feature films as well as appearing on albums alongside the likes of Stanton Warriors and Gary Numan. His extensive musical vocabulary allows him to consult and advise on pioneering sound branding projects, ensuring the final project is harmonious with the vision and values of any particular brand.