Sound design for electric cars represents a new niche in the field of automotive sound design. The sound signature of Symbioz (a self-driving electric demo car) was developed by Renault between 2016 and 2017, with the collaboration of IRCAM’s Sound Perception and Design Team, represented by engineer Nicolas Misdariis, and sound designer Andrea Cera. The talk will describe the collections of sounds created for Symbioz, and their genetic link to the sonic identities developed by the same team for previous electric models and concept cars made by Renault. Preliminary hypotheses for the low intrusiveness sound design research program that underpinned this project will also be presented and discussed. 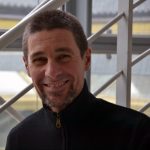 Nicolas Misdariis is a research fellow and the co-head of Ircam / Sound Perception and Design team (UMR STMS). Graduated from an engineering school specialized in mechanics (CESTI-SupMeca), he got his Master level on Acoustics at LAUM (Le Mans) and his PhD at CNAM (Paris) on synthesis/reproduction/perception of musical and environmental sounds. He has worked at Ircam as researcher since 1995, and he contributed in 1999 to the constitution of the Ircam / Sound Design team. From that time, he especially developed research works and industrial applications related to sound synthesis and reproduction, environmental sound and soundscape perception, auditory display, human-machine interfaces (HMI), interactive sonification and sound design. Since 2010, he is also a lecturer in the Sound Design Master at the Fine Arts School of Le Mans (ESBA TALM, Le Mans). 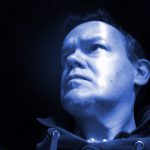 Andrea Cera (Vicenza, 1969) is an Italian electroacoustic composer and sound designer. He graduated with MA degree in Piano and Music Composition at the Conservatorio C.Pollini in Padova, and studied computer music at the Annual Cursus Program of Composition and Musical Computing – IRCAM. From the end of the 90s he has been composing music for dance, theatre, electroacoustic concerts, installations. More recently he has been focusing on experimental/industrial sound design, thanks to a series of collaborations with IRCAM, Renault, DIBRIS – University of Genova, and other institutions. In his work he aims to bring together scientific findings, academic principles, and aesthetic codes from popular music practice.