Puuilo – Howdy to the Stock Market! 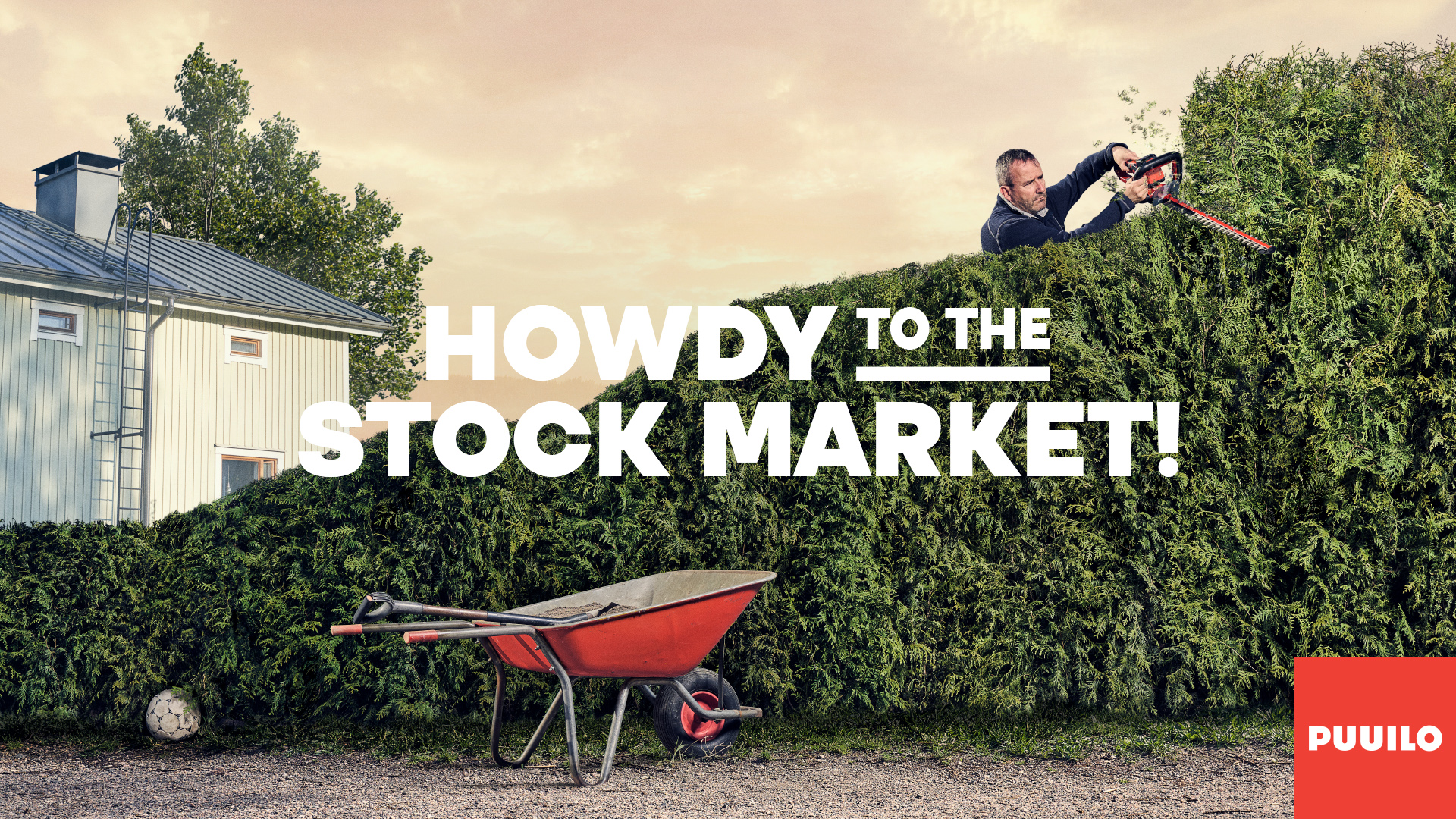 Finnish retail store chain, Puuilo wanted to get listed on Nasdaq Helsinki in their own way. Puuilo is known for its low prices, and very hilarious radio ads, which are based on their own song. Their brand song was rewritten for listing purposes and all communication about their IPO was made using only radio and audio. A first time ever worldwide.

The heavily regulated IPO (Initial Public Offering) advertising is most often boring. In 2021, a total of 29 IPOs were made on Nasdaq Helsinki Finland. 28 of them didn’t contain any humour or music.

The only one was a joyful, Finnish retail store chain, Puuilo. The company wanted to get listed on Nasdaq Helsinki in their own way. Puuilo is known for its low prices, and very hilarious radio ads, which are based on their own song. Puuilo’s own brand/advertising song (“Morjensta Pöytään!” transl. “Howdy to the Table”) is commonly known in Finland. For this campaign, all the lyrics of the song were completely rewritten (“Morjensta Pörssiin!” transl. “Howdy to the Stock Market”) to cheerfully tell the facts about the company’s IPO.

The campaign was aired on Bauer Media’s commercial radio stations from June 11th to 18th in Finland. The campaign had to be suspended due to an oversubscription. In other words, the shares were “sold out”. The IPO broke the previous record, from 1999, of new shareholders after the offering and was widely noticed in financial magazines, newspapers and social media.

Puuilo’s brand song is already a national phenomenon. Everyone knows it and everyone loves it, even if they don’t want to admit it. You can find dozens of user made remixes of it online and a local gamer/youtuber even listened to the song on repeat for 10 hours straight while streaming the whole thing on his channel. The Finnish ice hockey team Tappara played the song during their championship celebrations and one of Finland’s most popular rap groups sampled the tune on their single. By turning such a phenomenon into a hilarious informational ad about the brands IPO we were able to create another phenomenon within a whole different target group.

The work was awarded at the national audio contest “Kaiku Gaala” as best work in “brand image” and received the Grand Prix. It also won gold in the sound category at “Best of the Year” (Vuoden Huiput), Finland’s biggest and most valued creative/advertising competition. The original brand song was awarded “best music/jingle of 2020” at Kaiku Gaala.