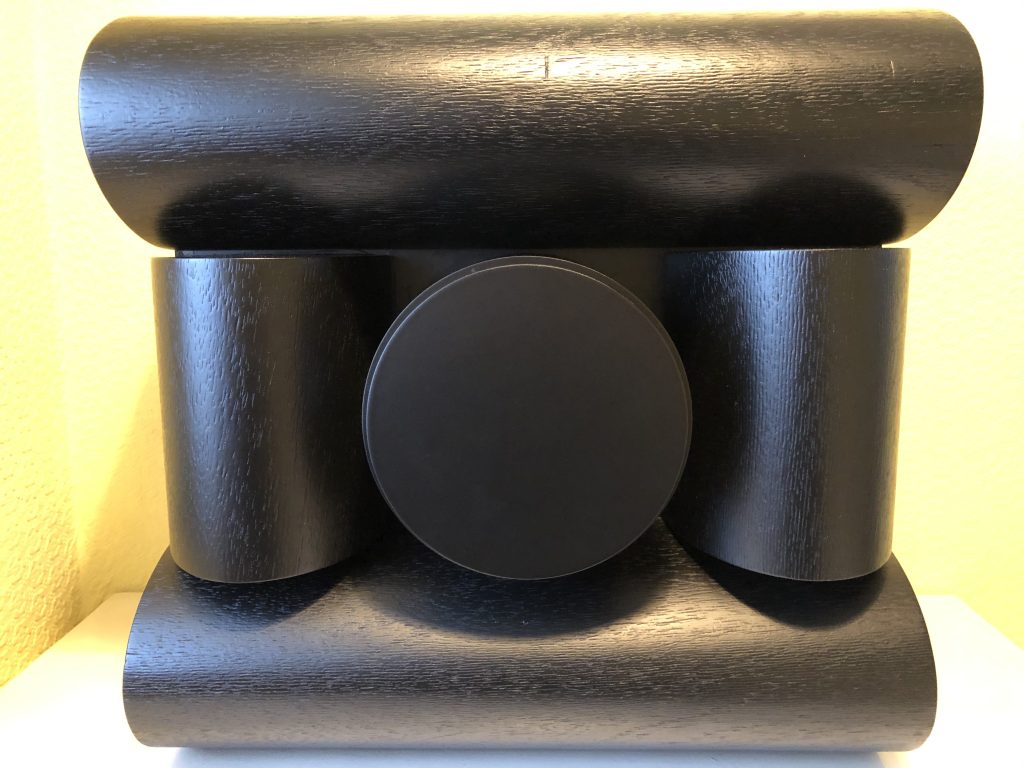 The purpose was to create a portable device (it weighs 14.1kg) that will absorb low frequency sound and diffuse mid-high frequency sound. The box(es) could be placed in the corners of studio control rooms, live rooms or around drum kits to remove low frequency standing waves or excessive bass reverberation and to diffuse specular reflections.

Having worked previously in recording studios and undertook some studio/music space design work, I saw a need for a variable acoustics product that was both portable and multi-functional. Currently many variable acoustics products are fixed to walls but this product can be used/positioned in a room based upon the existing or changing acoustics of the space or the music genre being recorded or played in that room space.

The box can also be transported by the sound engineer to other venues too. I wanted to create something that was more than just a bass trap, something that was more finely tuned to problematic low frequencies that studio and live engineers encounter but also to be able to control late reflections from higher frequencies. Having previously researched Sitar acoustics in earlier studies, I was familiar with the Helmholtz principle of tuned absorbers and so I started working with designs of Helmholtz resonators to create ideal narrowband absorption at 100Hz.

The box is topped with a centrally located funnel and I performed calculations to determine what opening area of the funnel in metres squared, the length of the funnel in metres and the volume of the cavity in metres cubed would give narrowband absorption at 100Hz. The prototype of the initial design was made by a local joiner from plywood and wood but proved too large and too heavy. I then designed two further boxes, each with differing dimensions which again were made by the same joiner. The second box had a flat face but the third I had allowed space to fix convex diffusers. These diffusers are made from flexi-plywood and direct sound away. As they are convex they will direct away focusing effects such as specular reflections that may otherwise strike a sound engineer behind a mixing console.

Once I had the boxes completed I approached two of the UK’s acoustics research leaning universities for details on there external testing facilities. After choosing one, six boxes were tested to ISO 354:2003 with the six boxes positioned on the floor in the centre of a reverberation chamber and they were found to absorb a low frequency sound at 80Hz. Three further tests were undertaken with either one or four boxes arranged differently in the corner of the room or in the centre of the back wall. This gave slightly different results with a fundamental frequency absorption of 63Hz or 80Hz and second harmonic absorption at 125Hz and 160Hz.

The diffusion tests were conducted later using 3D printouts at a scale of 5:1 and tested in a semi-anechoic room with reference to international standard ISO 17497-2:2012. The diffusion coefficient was found to vary depending on which way the box was orientated with the two long opposing convex shapes in the vertical position or in the horizontal position. The results show diffusion starts low from 630Hz but the rate of diffusion gains from 800Hz upwards. The box has also been fire/flammability tested for safety and that passed too.