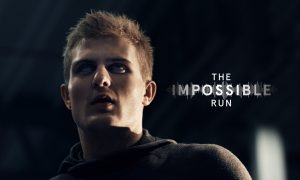 Winner in the categories

The Impossible Run is an experiment made to explore if we can help visually impaired athletes using a sound solution based on hyper directional sound technology and carefully produced audio content. Through a laser sharp sound tunnel, we enabled visually impaired Oscar to run unassisted for the very first time, guided only by sound.

The idea behind The Impossible Run was born out of the question if we could make it possible for a blind person to run unassisted, guided only by sound. Could we replace the need for visual perception of the lanes on a running track with that of a different perception: hearing? Could we create a precise enough tunnel of sound? With these questions at issue and our solid experience as one of the largest actors in the field of sound design and hyper directional sound in the Nordics, we took on the massive challenge that we have now been working on for two years.

In order to start exploring the possibilities we needed a fearless test person, and in came Oscar Widegren,18 years, blind and a true athlete. Oscar is among Sweden’s best judo athletes in his competition class and is taking part in all kinds of sporting activities. But there is one thing Oscar hasn’t been able to do, run without escort.

We started the work of creating a solution that was so meticulously researched, tested and executed that Oscar would trust it enough to run at full speed. Through rigorous research, multiple testing sessions with Oscar and hundreds of runs, we tried out many different types of technology to find what best could provide the extreme sonic precision required. But the technology was only a small part of the puzzle. The big part was finding out how to use it.

Rather than one speaker in the middle of the lane, two hyper directional speakers clearly worked best. One for the left ”wall” of the tunnel and one for the right. We realized that adjusting the angle, height and distance between the speakers dramatically altered the precision of the sound tunnel. This was intimately connected to the runner, since everyone’s hearing is different and hearing tends to differ between the left and the right side, careful calibration was required. Finally, we realized that we had to add a third speaker at a 90° angle at the end of the lane which indicated the end of the run.

Another big part was the sounds. Musical content was too irregular and seemed to blur the tunnel. Simpler signals worked better. The optimal solution seemed to be beeping signals, one for the left speaker and a completely different, easily distinguishable signal to the right. Having the signals play at short intervals (<0,5s) in tandem, combined with careful calibration of the speakers, finally generated the extremely precise sound tunnel that we wanted to create.

Oscar made it, we made it. The project spread around the world and reached important stakeholders, but more importantly, it reached more athletes. Right now, Euro gold medalist in blind long jump Viktoria Karlsson is testing the solution in her preparation for the Paralympics. We will continue to challenge and support the market in exploring how sound can improve the conditions for e.g. visually impaired athletes. Making this impossible run possible for the first time, is just the start, and we work hard to make this solution available for more people.