The Sound of Shell 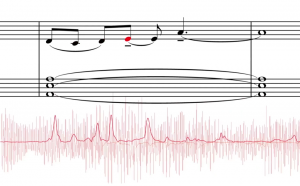 Nominated in the category

CORD has designed a world-class audio branding & music guardianship system for Shell. The 200+ variations are believed to be the most comprehensive collection of its kind, each track in a different style, in the key of D Major & incorporating the Sound of Shell theme. The Sonic Pecten (sonic logo) is already achieving strong attribution levels.

In 2014 CORD was invited by JWT to provide a point of view on music for Shell. We found a deep, rich musical heritage. During the 1950s/60s Shell had used songs to engage with its audience. Celebrated singers such as Bing Crosby recorded tracks for the brand. We analysed the music of Shell’s competitors and admired brands to inform our learning. We analysed instrumentation, production type, key, pace, energy level, use of voice and musical structure.

Following a year of research into the sound of the brand, we presented to Shell our vision for a global audio branding strategy. This strategy involved designing a distinctive musical identity that would be integrated into all pieces of music used by the brand in the future. We persuaded the brand to adopt this strategy and to embrace it wholeheartedly across the business.

We explored the musical territory of Shell brand values and selected our preferred area for development. We engaged 5 leading film composers and invited them to write full-length musical themes for Shell, based upon the creative brief & musical territory. It was imperative that the theme included a short figure that would become the sonic equivalent of the Shell Pecten 9 (visual logo). 4 routes were selected and tested across 5 key territories. We worked with Millward Brown to design the methodology.

A final route was selected and the Sound of Shell (SOS) was recorded with a full symphony orchestra at Abbey Road Studios, London. The SOS contains a 52-note melody, including a short 5-note figure (the Sonic Pecten) that is used as a standalone set of notes to accompany the brand’s visual logo. Now, every time a new piece of music is developed, the SOS is integrated as much as makes musical sense. Each new composition adopts the original key of D major so that the library of tracks (199 variations to date) can be edited together seamlessly. Nowadays when a composer is asked to write a piece of music for Shell they receive a comprehensive guidelines film for support.

The SOS has become an integral part of the brand’s DNA. As Music Guardians for the SOS, we’re responsible for ensuring brand stakeholders integrate the theme in the correct manner and it is approved ahead of use. We receive an average of 20 enquiries per week and work with Shell stakeholders in 75+ countries.

We believe the SOS library is the most comprehensive in the world. It contains pieces of music developed by composers from around the world, so the breadth of style is vast. Recent research conducted in the UK indicates that 33% of commercial radio listeners attribute the Sonic Pecten to Shell. This is a significant finding in such a short space of time. Furthermore, since the launch of the SOS, CORD has saved Shell an estimated 51%* on music spend over 3 years.

* this figure is related to how much Shell would have spent if library tracks had been licensed instead of the SOS.