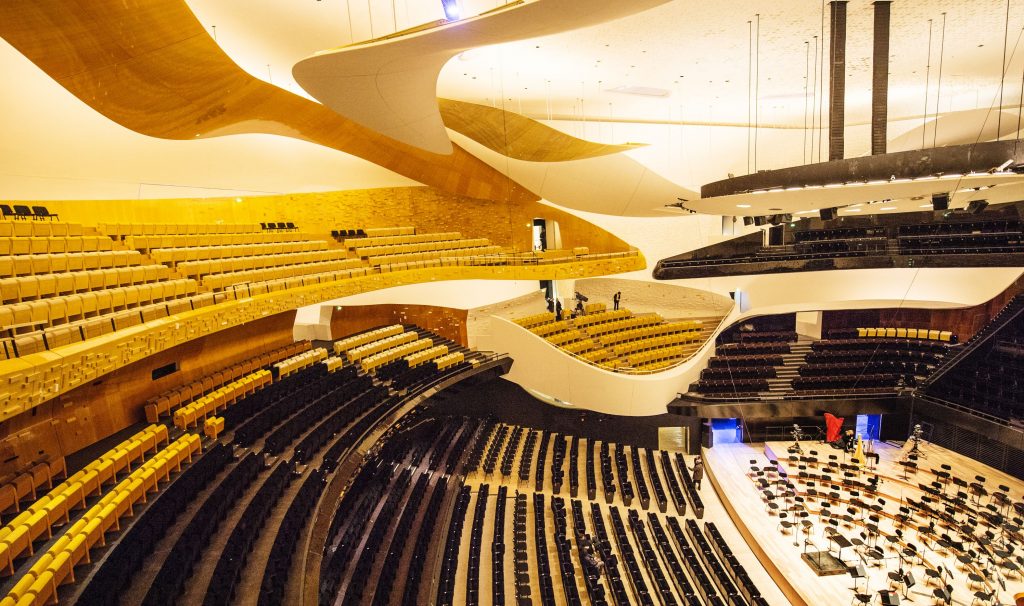 The Philharmonie is a cultural centre that brings music awareness and learning to a diverse public. It is the first audio identity created for such an institution. The musical signature is a mix of organic sound recordings and improvised instruments. It was inspired by both the majestic architecture of the space and its cultural vocation.

With its numerous rehearsal spaces, resident ensembles and innovative artistic missions, the Philharmonie de Paris is a cultural centre that is truly unique in the world, heightening music awareness and learning to a diverse public.

It is the first time that such an institution has created an audio identity. Sixieme Son was inspired by both the majestic architecture of the physical space and its cultural vocation to create a unique musical atmosphere that brings life to the building. Not only is music created by the performers, it is as if the space naturally resonates sound and hums with its own energy, adding to the magic and mystery of the spectator’s journey.

The concept alludes to the experience in the physical space: the discovery and sharing of varied cultural works played by artists who meet behind the scenes, tune their instruments and then perform. To create the musical signature, Sixieme Son translated it into a mix of proprietary sounds and textures, composed of three parts:

The mix of organic sounds and improvised instruments creates a musical syntax that lends itself to messages for the young and old. The sound is an audible reminder to the public of where they are. At the end, it inspires the imagination and enriches the experience of 1.2 million annual visitors. As a final touch, Philharmonie collaborators had the opportunity to audition and be cast as the voiceovers used in the halls and corridors. Children’s voices are also used for youth events.