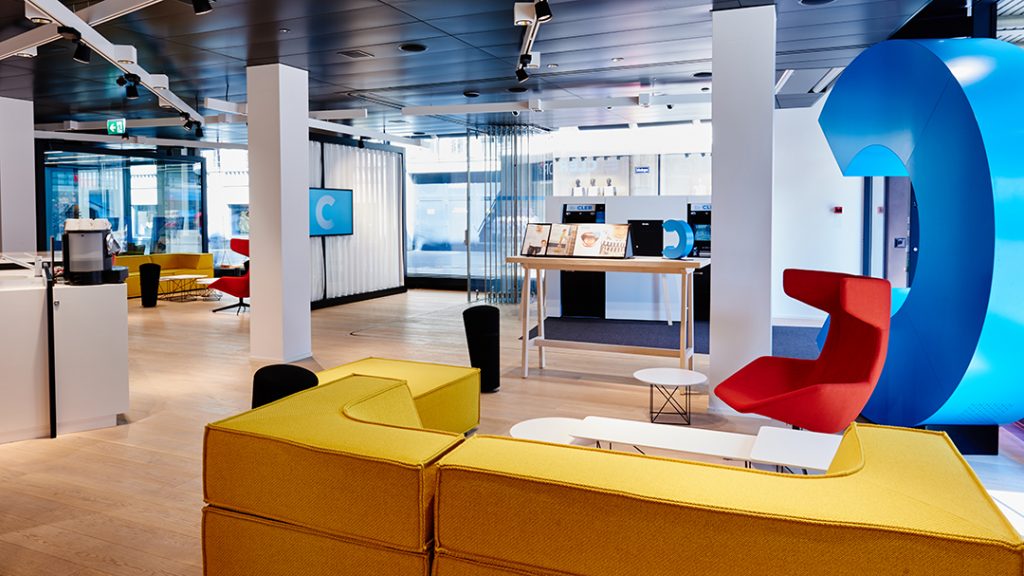 Bank Cler is the new bank for Switzerland: intelligent, fresh and Swiss. Eager to set itself apart from traditional banks. And that is exactly how it should sound. Based on these requirements Department of Noise has developed a sound identity that sounds fresh, confident and straightforward.

Bank Cler – The new bank for Switzerland. A small national Swiss retail bank who is eager to set itself apart from traditional banks to challenge the industry leaders in the market. A case of David against Goliath. Thus, Bank Cler differentiates itself not only through its values such as intelligent, fresh and Swiss but also through a brand design that clearly stands out from its competitors.

Translating this attitude into sound was the central task of the audio branding process. Through an analytical but also playful development process together with the branding agency and the brand management team of the bank these requirements were further deepened and sharpened. It became clear that the auditory focus had to be on the courage to be different. Yet, the general attitude was defined as confident, fresh and straightforward. Besides, the rebellious spirit should by no means be lost.

Based on these specifications, Department of Noise developed the sound DNA as the basis for the sound identity. The accentuated melody is the central element to this audio branding case. The tone sequence, which is reminiscent of a guitar or bass riff, creates a highly differentiating aesthetics, unheard in the Swiss financial sector. In addition, this element implies simple and innovative banking through its edgy sound. Further, the mix of digital and organic sounds supports the freshness and the balance between customer centricity and digitization. Lastly, the chosen rhythm is impulsive and positive. Therewith, the bank shows that it is alert, self-confident and powerful.

To push the new brand, Bank Cler launched an initial national ad campaign with big media pressure. During this campaign, the sound logo was key to support the feeling of optimism. Generally, the sound logo, along with other sound elements, is part of the motion toolkit for video communication. In addition, an array of soundscapes were produced to push certain aspects of the brand’s perception such as an increased digital notion. Also, to suit individual purposes there are additional versions, for example for the telephone service line. Besides, there is also the Bank Cler Radio: An online-based audio stream to provide individual branches as well as special events with brand sound from a centrally curated playlist. A special attention was also given to the the brand voice. It was defined as youthful and playful to make a bold statement and – again – to differentiate the bank. Depending on the context there is a specific female as well as male voice.

Today, the produced assets are in daily use throughout the bank’s communication channels. For easy usage they are online available for the bank’s brand team along with the Brand Sound Guidelines. They describe not only the specific use of the audio assets but also contain, for example, guidance for the use of library music for videos (Dos & Don’ts). Effectively, the Bank Cler Brand sound is ready to be used by the bank’s employees at any time.