Chairman at The Sound Agency, London 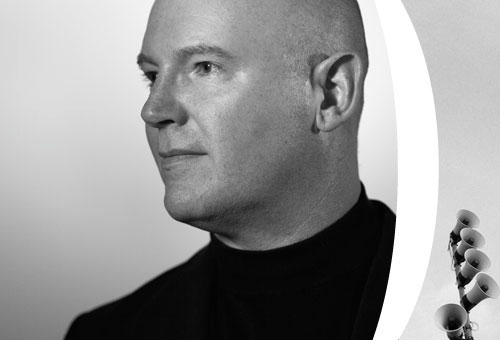 Julian Treasure is author of the book Sound Business, a map of the exciting new territory of applied sound for business, and he has been widely featured in the world’s media, including TIME Magazine, The Economist, The Times, UK national TV and radio, and many international trade and business magazines. He is also chairman of The Sound Agency, a London-based consultancy that helps clients like BP, Nokia, Honda, Unilever, Marks & Spencer and BAA achieve better results by optimising the sound they make in every aspect of business, from branding and marketing communication to soundscapes for branded spaces such as shops, offices and corporate receptions.
Julian formerly founded, grew and sold leading UK contract publisher TPD Group, during which time he was chairman of the Association of Publishing Agencies, a director of the Periodical Publishers Association, chairman of PPAinteractive and chairman of the UK government’s Digital Content Forum. In 2002 he received the PPA Chairman’s Award for services to the UK magazine publishing industry. He is a long-time musician, and remembers with affection his two John Peel sessions – and reaching the final of New Faces!

Sound
What is sound? Vibration – from quantum to cosmological. Properties of sound. Harmonics. Examples.

Music
Definition. In time and space. In society. Power – association and recognition. Use in commercial settings. Examples.

Silence
To end the dark section, some words on silence and two minutes of it.

In the light with slides

BrandSound
Eight expressions of a brand in sound with examples.

Soundscapes
Effects of retail and office soundscapes with examples. Examples of generative soundscapes.

Sound futures
Voice and audio i/o for search on the Internet and for device control. The future of music. Generative sound.